Some Tips on How to Write an Essay about Freedom

When writing about a topic as broad and general as Freedom, you should look at the issue from multiple angles. Different levels of analyses and multiple perspectives will lend credibility to your essay.

Do not refrain from touching upon some of the hard problems regarding the topic, no matter how scholastic they may appear to be. As long as you are providing sufficient evidence and are logically consistent, your own unique point of view will award you a higher distinction.

Do not forget to inject your essay with the substance that the topic deserves. Professors are not looking for half-hearted attempts and are greatly averse to impassionate writing. Ensure that whatever you say is not only true to your beliefs, but also has a unique take on the topic at hand. No one wants to read an essay that includes only the most clichéd ideas that are borrowed or copied. Even if they are, give them a personal touch.

Last, but not the least, be well-versed in the topic that you are about to write on. If you do not have any idea, do your research, reflect on what you think are good themes, and give the essay the time and the effort it deserves. Do not forget to have a proper opening, middle, and end, as it provides a clear structure to the whole write-up.

Freedom can mean different things to different people. To some, it may mean having the ability to be free from the drudgery of their daily responsibilities, while others may be considering the rights that a human being has in a civil society. Whatever the case may be, the word freedom has many connotations and all of them boil down to how the individual perceives it in the context of the society that s/he lives in.

In this essay about freedom, I will look to tackle some of the important issues of our times and show why freedom is the most basic aspect of our daily existence, without which we would be slaves to the tyranny of elements both within and without.

Perhaps, the most unsettling thing about our society today is the fact that people do not appreciate the freedom that they have. This misapprehension of this basic facet of human existence could be a byproduct of our ignorance of our history.

Not too long ago, less than two hundred years ago to be exact, human beings were treated as dispensable slaves. If it weren’t for the collective efforts of some of the most admirable and noble men who saw that all men were created equal, a major chunk of the population would still be toiling away without any basic rights or freedom.

The case is even worse for women. Women were given universal suffrage, or the right to vote, only after the abolishment of slavery. Yet, our generation today does not take into account that all the things that we take for granted today took years of hardship and suffering to attain. In order to truly appreciate all the freedoms that we have, be it freedom of speech, freedom of the press, or freedom of belief, we must understand history and all the hardships our ancestors had to go through.

Another thing that is of significant import is how we perceive our own freedom and what is the best mode of living, given the freedoms that we have. Of course, we have the freedom to do as we please, but it is well worth noticing that freedom can come with its own set of burdens. Without a goal or an aim to work towards, our freedom can quickly spiral into meaninglessness.

Freedom is not the end all be all, rather it is only the starting point. It is through our freedoms that we can investigate matters freely, and solve our problems while constantly aiming higher and higher for the greater good. Without a definite aim, we can easily miss the mark and go awry. With freedom comes responsibility as well, and that is the sort of weight that most people don’t want to carry.

Undoubtedly, if I am free, then so are my fellow beings. It is again my responsibility to ensure that I do not intrude into others’ freedom while exercising my own, and vice-versa. It is the unspoken social contract that all of us live by, though we hardly acknowledge it. Ultimately, freedom without responsibility can only end up in a pathological existence that threatens the very social fabric that holds it.

Therefore, it is incumbent upon all of us to bear the biggest burden of responsibility that we can bear, for only that can lead to a meaningful existence, and our freedoms allow us to choose what we want to bear. Freedom comes in many forms, and though one can flout it or abuse it, if it doesn’t serve a purpose, it is worse than slavery. For, we can either be the biggest tyrant or the greatest benefactor of our own lives. 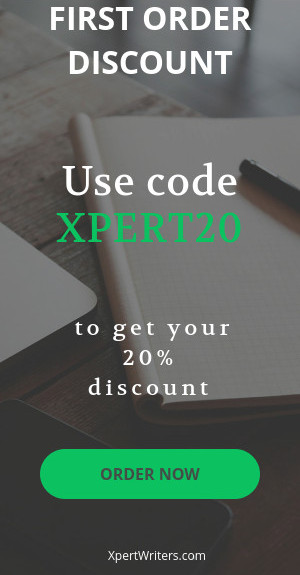